The six villages of the Wind in the Forest - Le Vent des Forêts - invited the first artists in 1997. Some of these works have dissolved into nature, others still remain.  These pictures were taken September 2010. 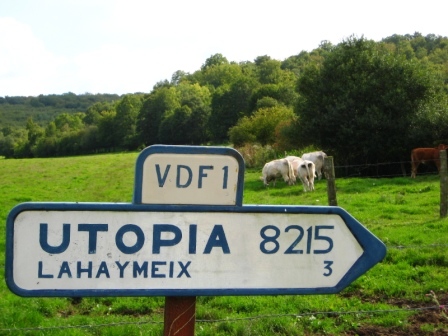 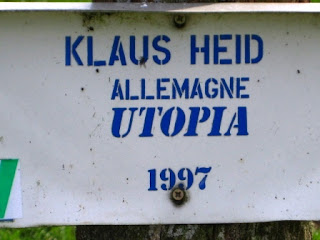 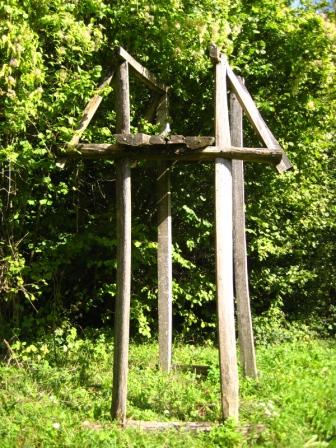 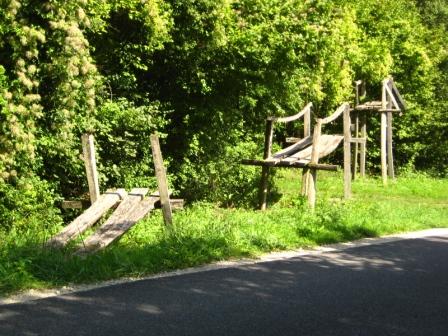 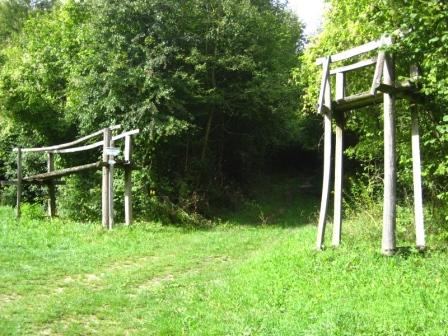 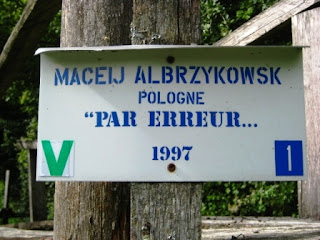 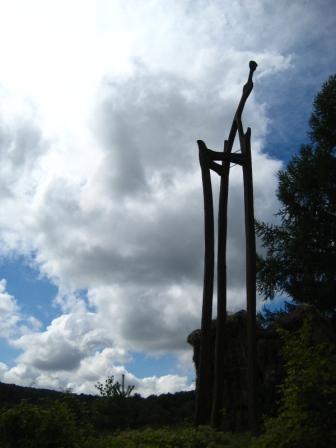 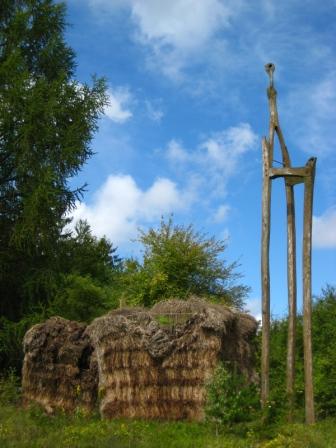 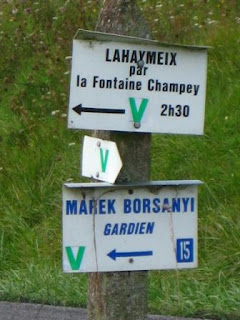 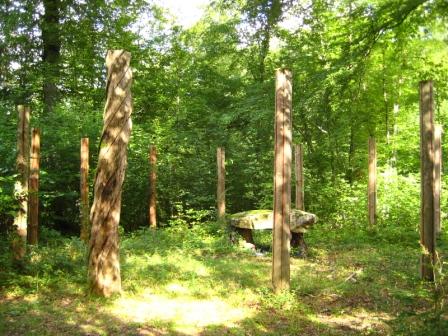 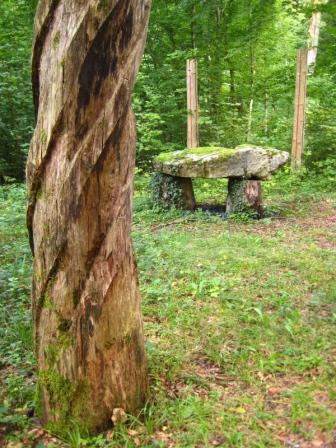 Some of the originial sculpted poles were recently replaced by other ones.  The artist lives in the region, so I guess he looks after his installation and keeps it in good condition. 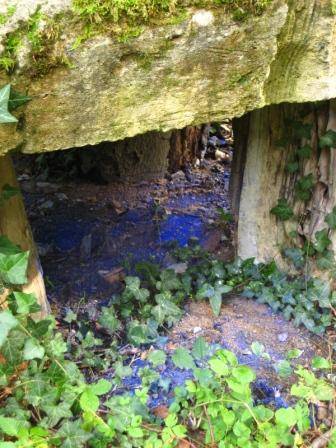 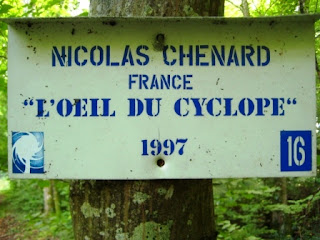 #4, 11, 12 and 13 from the same year are still in place, I've blogged them in previous posts.
Wind in the Forest
In July, six villages in the forest - in the Meuse region (France) - invite international artists to take a different look at nature and create works displayed along a 45- kilometre footpath through 5.000 hectares of forest.
http://www.leventdesforets.com/