A unique space - normally not open to the public - hidden in the dunes. A tunnel passage leading to the beach. Striking colours, bold lines, an impressive mural. 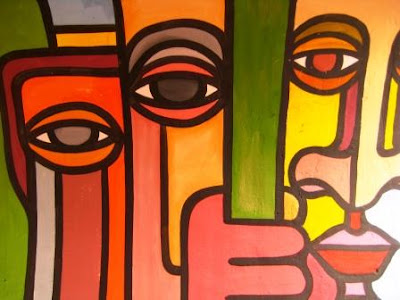 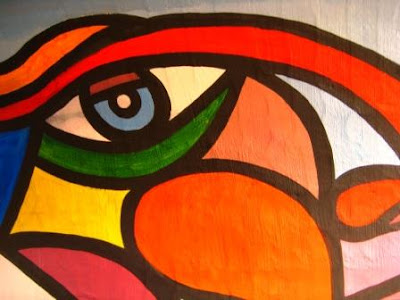 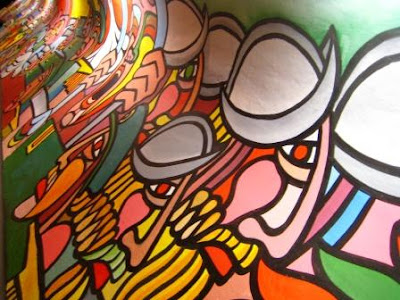 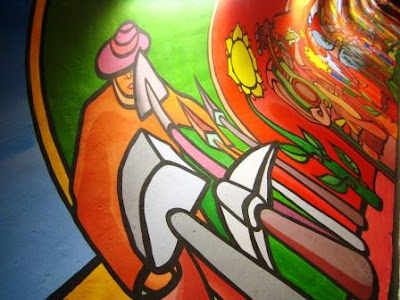 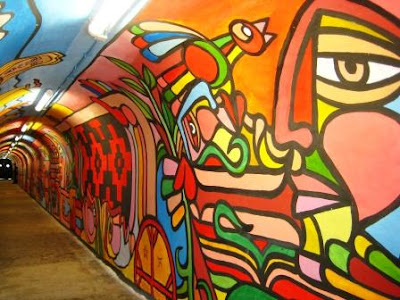 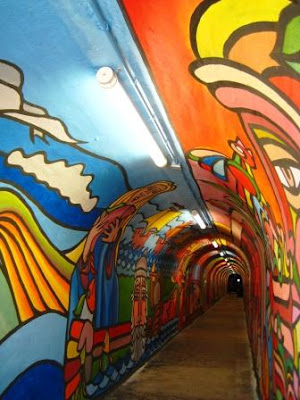 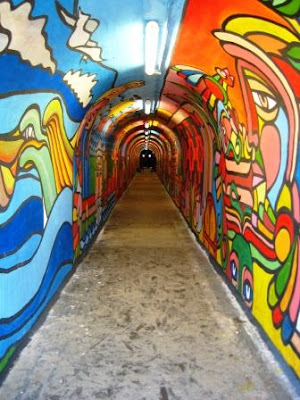 a great view on the exterior of the tunnel : click HERE found on Flickr
A young woman, Ramona Parra was shot and killed in Chile in 1940 during protests marches against a new government. From that day on her name lives on through the underground art movement that decorates the streets of Santiago with illegal art and political propaganda in favour of human rights. The arts collective that calls itself the Brigada Ramona Parra travels the world making murals protesting against the global tendency towards kapitalism.

Email ThisBlogThis!Share to TwitterShare to FacebookShare to Pinterest
Labels: Beaufort03

Oh my! How amazing. Such beautiful, powerful art. Such an important mission. Thank you for sharing this!