We didn't know what to expect when we decided to visit this exhibition.  Just by accident did I stumble upon it on the internet and the information was scarce.  We even thought of not going because we had more options elsewhere.  I can't express the relief of changing our mind the very last minute... 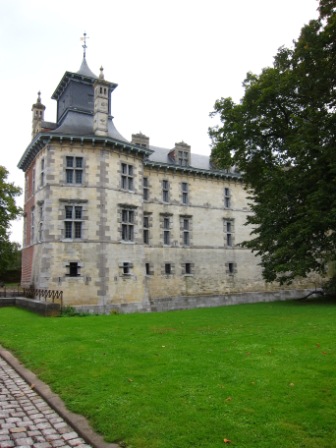 I'll focus on the castle in the first post about the exhibition.  More information and photos on the artworks in future posts.
Setting : the castle d'Aspremont Lynden built by the Counts of Rekem in the 17th century.  From the outside it has the looks of a fancy castle.  Nobility moved out, extinction of the family.  The next inhabitants were less glamourous.  Soldiers and prisoners moved in and later it became a psychiatric hospital.  That left traces on the inside of the castle... 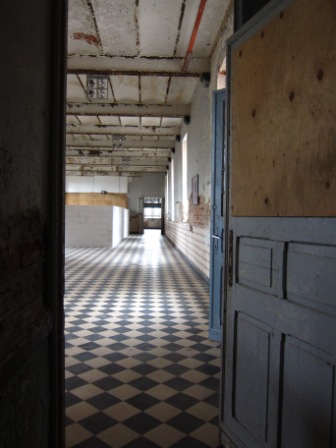 Decay - flaking paint, crumbling plaster, rusty frames - just the way I love it, is present on floors, walls and ceilings.  Room after room, space after space, three storeys high...  I'm in for a treat! 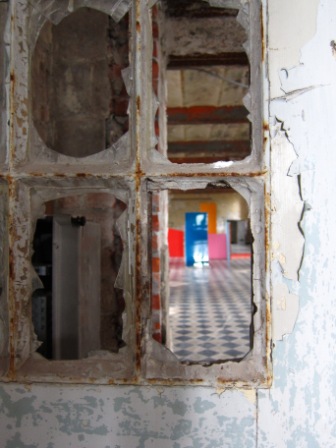 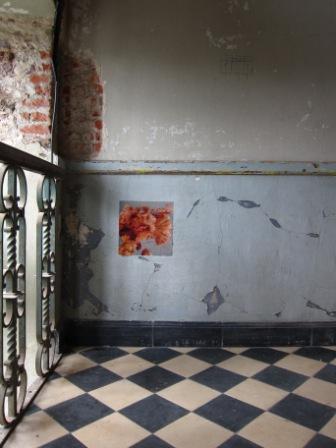 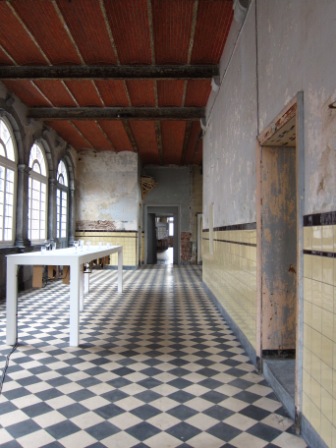 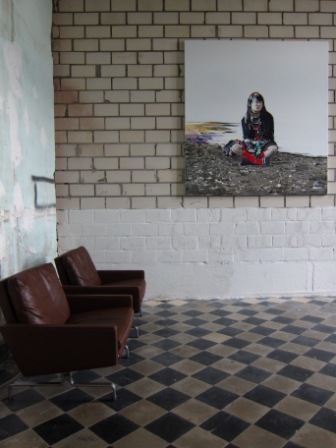 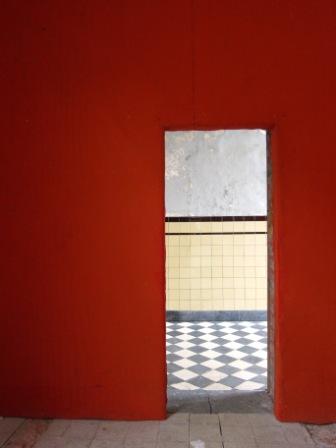 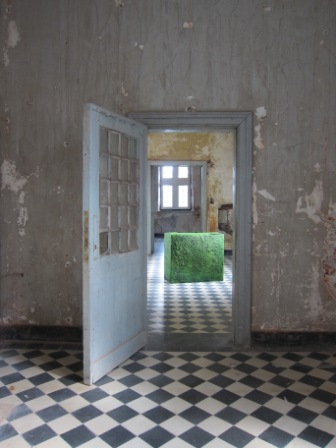 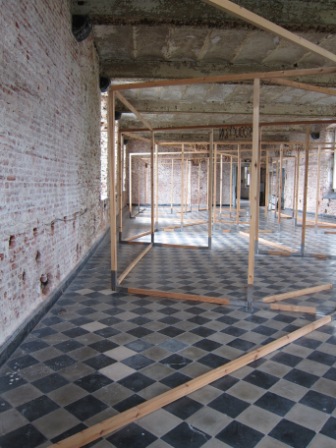 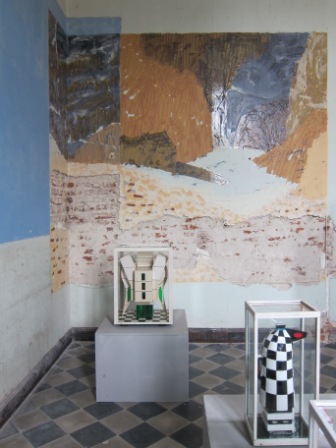 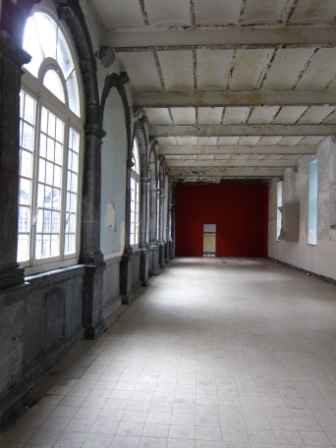 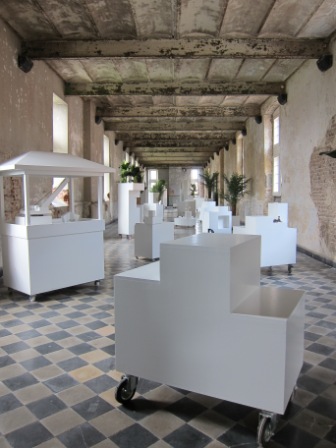 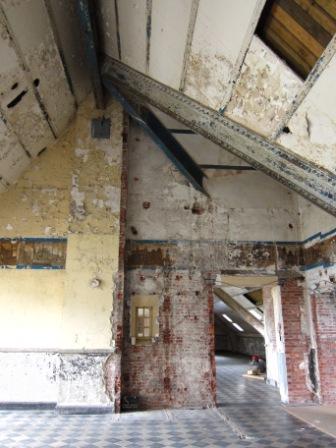 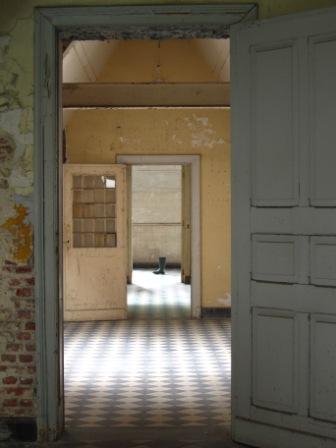 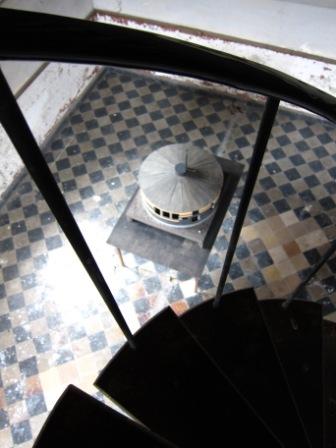 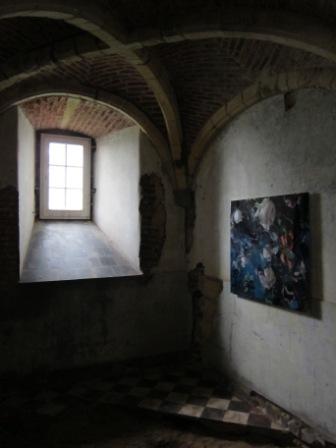 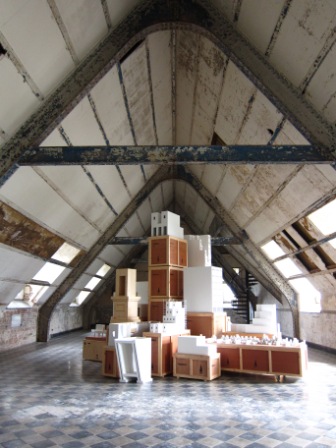 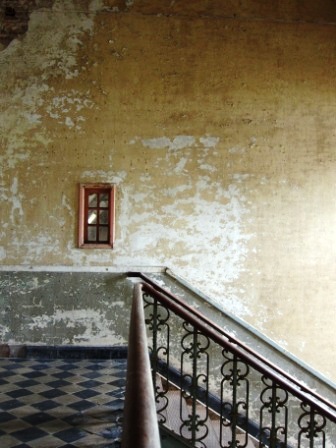