The opening of the Tempus Arti art tour was at the cold store of BFV (Belgian Fruit Auction) which is empty just before the harvest season.
Two of these cold rooms were the perfect setting for two of his works: 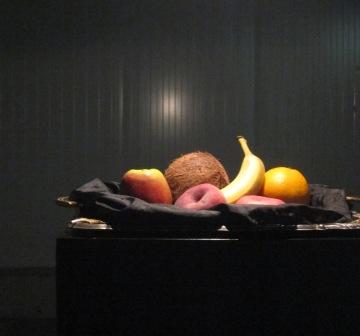 Roger Claessens - Cornelius Gross Last Meal
"On Wednesday 23 February 2000, Cornelius Gross, 38, was executed at the Walls Unit in Texas USA for beating a man to death with a board during a 1987 burglary"

The fact that a man who is hours before his death would choose fruit as his last meal, and not oysters or caviar for example, made an impression on Roger Claessens.  The man wanted to die with the taste of pure nature.  And doesn't fruit refer to paradise?

in the second cold room a video is projected showing a snowy landscape... 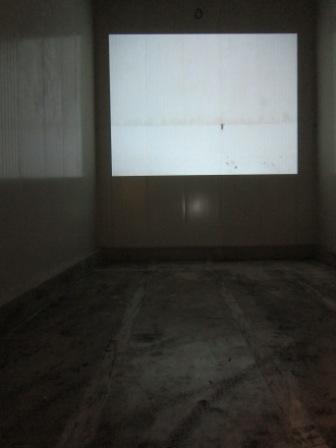 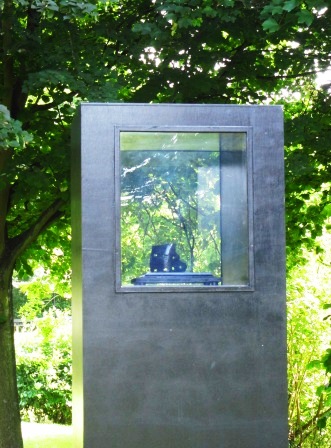 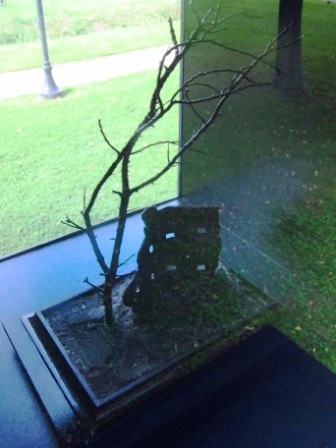 Roger Claessens - stil-leven (still-life)
sorry for the poor quality of the picture, it was taken from behind glass 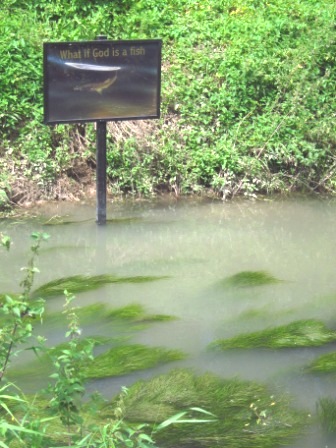 Roger Claessens - What if God is a fish 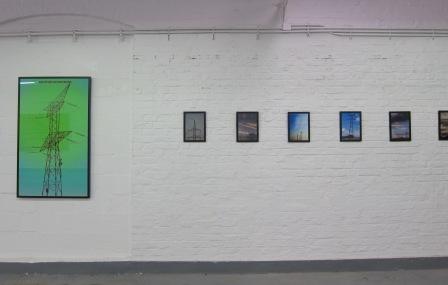 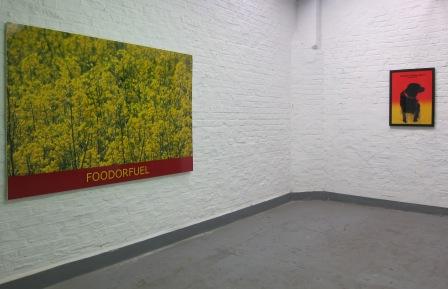 in the last room I suddenly come across a long row of pictures of an installation I've seen.

Roger Claessens - United Battlefield Cemetery, Victims of Fate
This installation moved me deeply... a link to the post on that HERE

Thank you Roger Claessens for your kind and moving explanation on your work during the opening.  It was very nice meeting you. 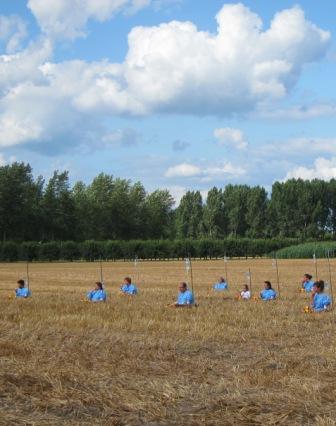 12 silent figures are half burried, they seem to 'grow' on the field 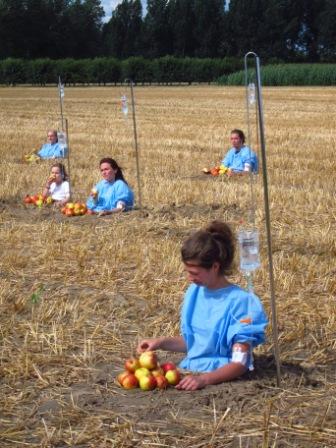 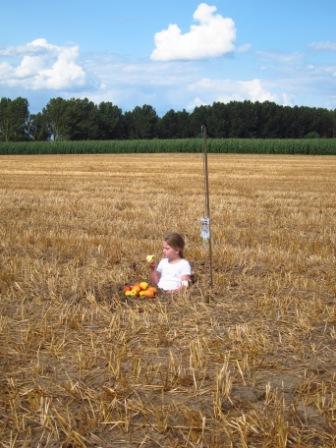 a striking performance ... persons reduced as plants fed by nature 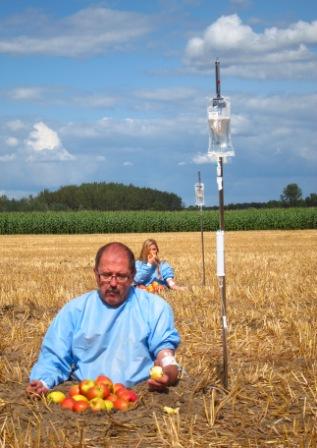 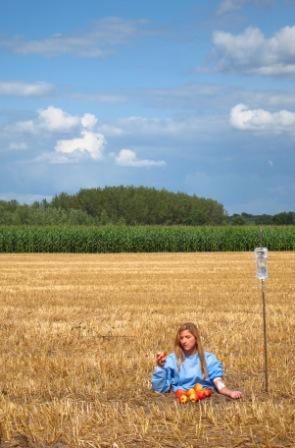 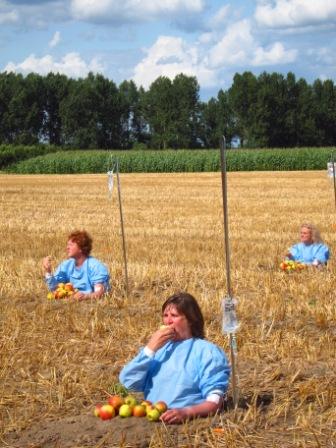 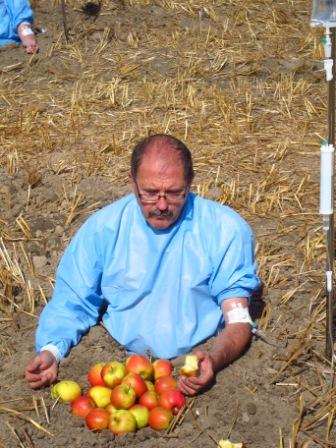 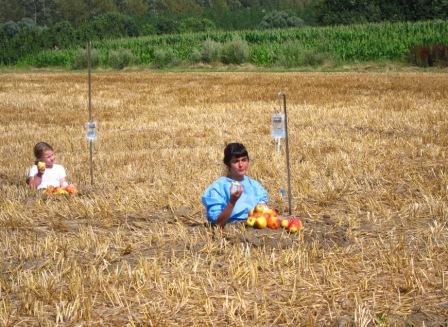 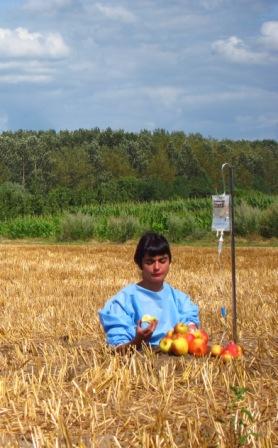