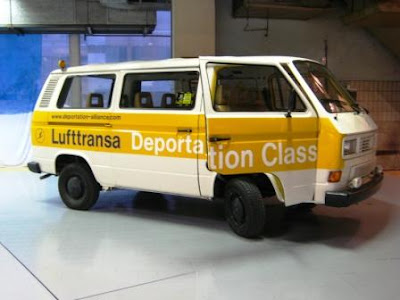 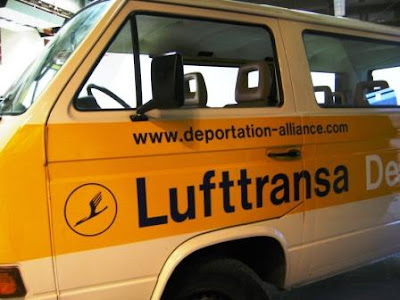 Project sidewalk
Silke Wagner
At the beginning of 2001 Silke Wagner purchased a VW-van. During the project the van was used in different cities in Germany by local socio-political groups. Silke Wagner put her exhibition budget to the disposal of these groups. In cooperation with Silke Wagner various projects in public were planned and implemented. The project “nobody is illegal" took place in Frankfurt/Main. The van was repainted to resemble a Lufthansa van marked with the words “Deportation Class”. Later different events were carried out in the bus, focusing on the deportation of refugees by the German airline Lufthansa. The board radio announces a list of victims, some of them died during transportation back to the home country.
all posts on the Brussels Biennial : HERE

A new generation of artists has a pechant for venturing into territory not traditionaly associated with art.Some of them can be found on the cutting edge.