starting with a visit to the artist's studio in 2010 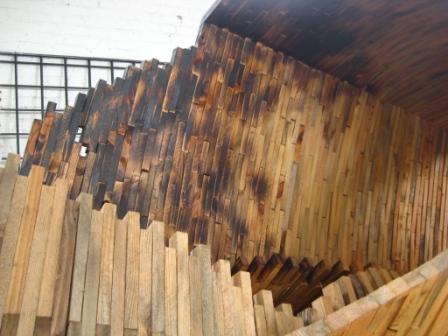 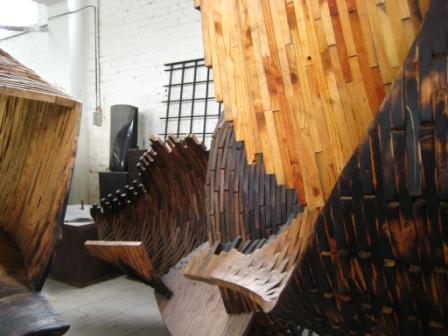 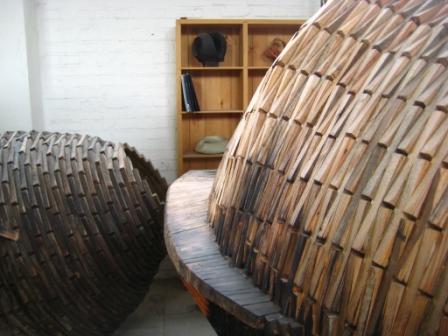 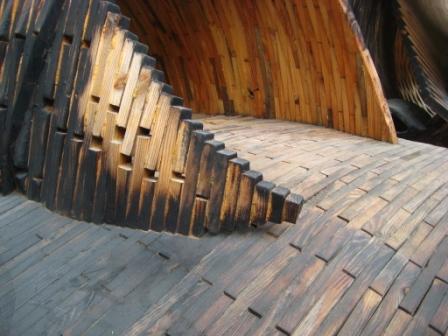 Sculptures by Tjerrie Verhellen and Mieke Broes made from reclaimed wood from a roof.
This was right up my alley ... can't get enough of the versatility of discarded wood.
Half a year later we happen to see more of Tjerrie Verhellen's work hidden in a forest somewhere in France... 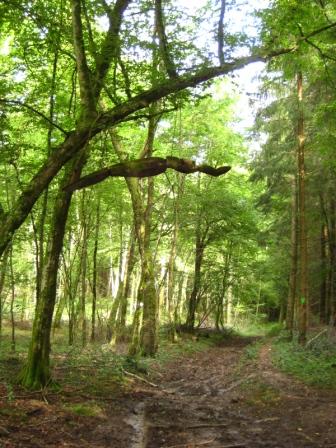 I guess many people just walk past the sculptures without noticing them as they've become one with the environment. 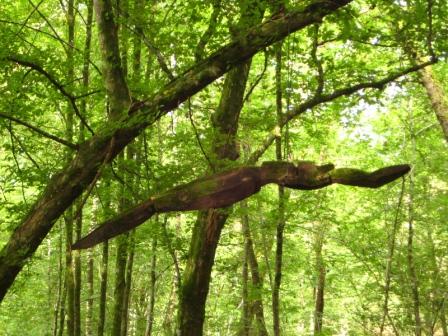 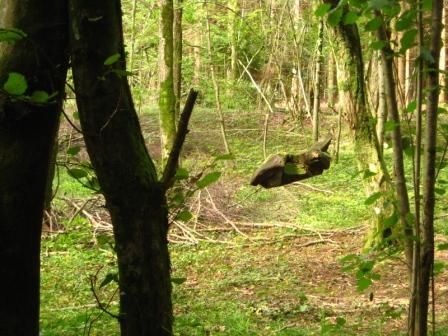 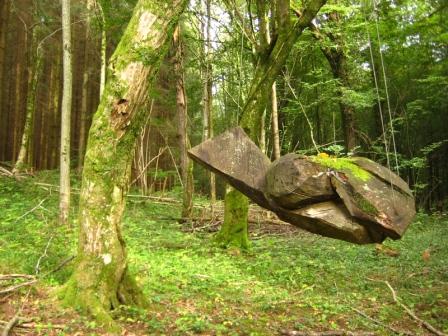 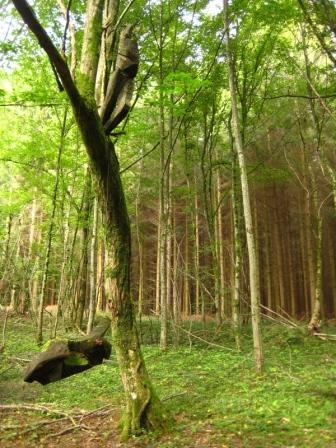 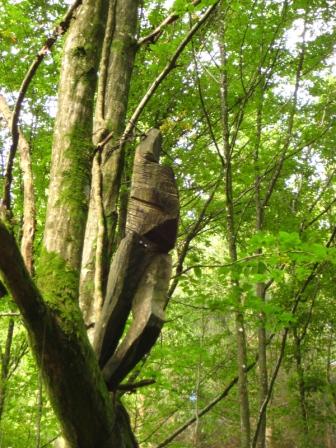 Tjerrie Verhellen (BE) - Acrobates - 1997 - Le Vent des Forêts - #13
Amazing how these sculptures are still in a pretty good condition after so many years, more recent ones have completely disappeared.
Last weekend we visited the studio again during the Kunstroute-Leuven 2011 open studio tour. 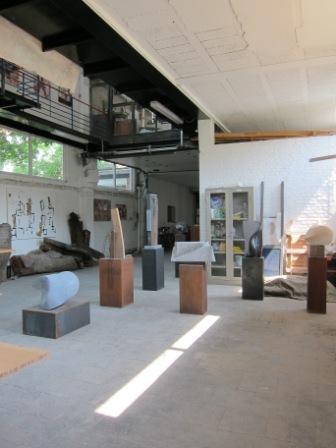 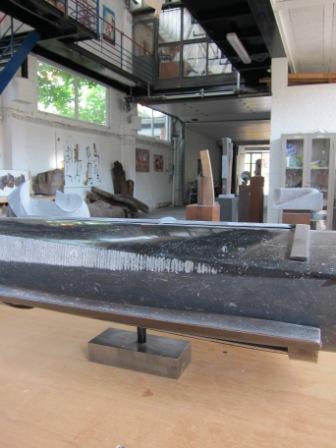 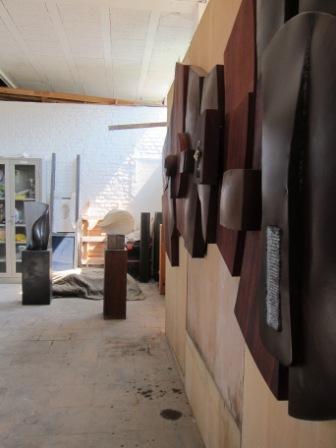 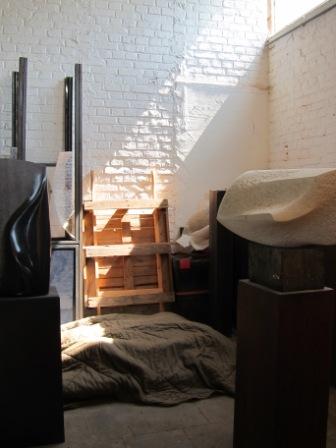 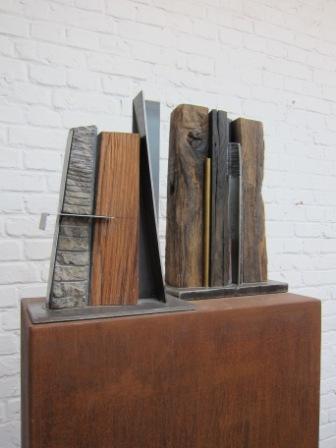 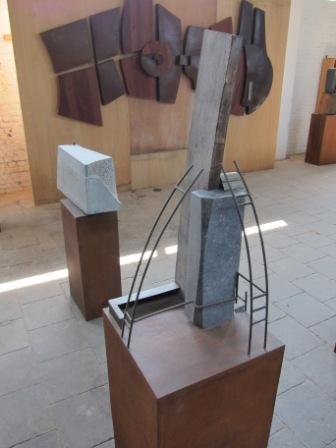 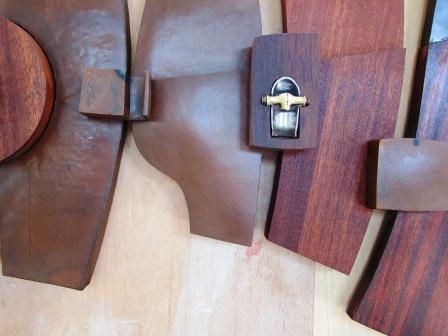 part of a commissioned work - steel, wood and leather 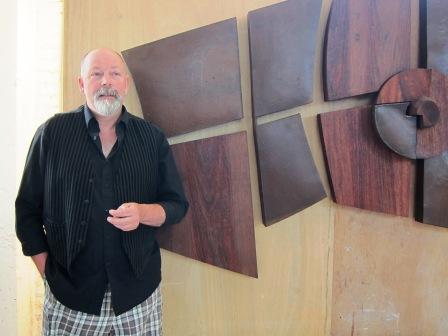 
The Magna Carta was signed in England on June 15, 1215. Less than 100 years later, on September 27, 1312, Jan II Duke of Brabant signed a similar democratic charter in the Abbey of Kortenberg, in modern day Belgium.


In commemoration of this historic event, 700 years later, in 2012 the art commission of the department of culture of the village of Kortenberg will be organizing an outdoor exhibition. To that end, they are inviting 20 artists to create special works with “democracy and participation” theme. I, Tjerrie Verhellen, will be one of those artists.


I will be creating a sculpture called Relics (for the next 700 years), wherein I will be gathering as many personal narratives as possible from all over the world about what democracy means to the person writing. I am seeking these letters to be handwritten in as many native languages and scripts as possible. Also, but not necessary, a translation into English or French would be appreciated.


All these original statements will be placed as a relic inside the sculpture I will be creating, sort of like a time capsule.


The text does not need to be long, maximum one A4 format, with each person’s agreement to allow me to publish the text in a book with or without mentioning each person’s name. You can write anonymous if you want, the important thing is your vision of what democracy means to you in your own handwriting!


You can send your personal statement about what democracy means to you by scanning the original text and send it as a pdf-file to tjerrie
The deadline to send your text is 1 November 2011.


Thank you very much for your participation in my art project.