During the 'Kunstroute Bierbeek' art tour we get to see what is happening in an old milk factory.  The great space has become the creative work space to a few artists. 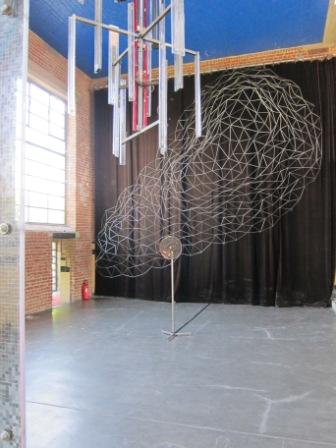 Impressive light sculptures against the ceiling,  A wire sculpture against the wall... but these are not part of the art tour itself. 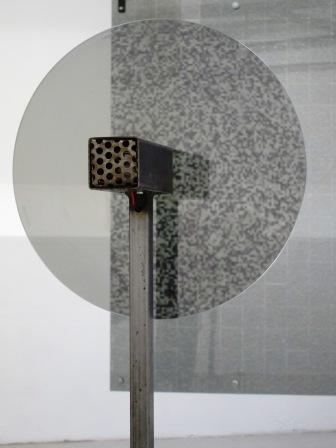 Wim Jansen - Static
A few months ago I saw this intriguing piece at another art event.  This time I tried to capture the movement in a very short video :
click arrow to start - very short - video
in another room ... 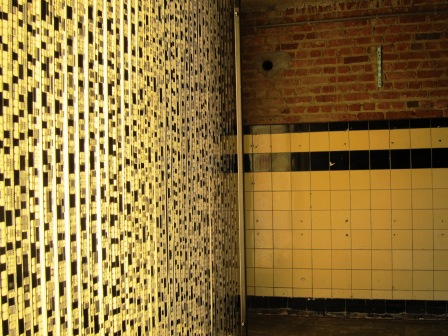 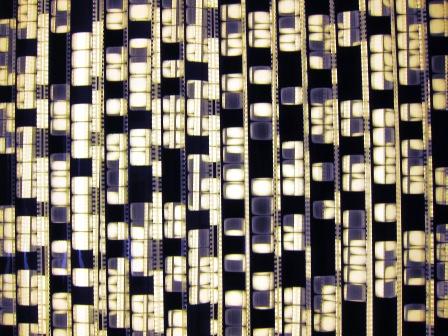 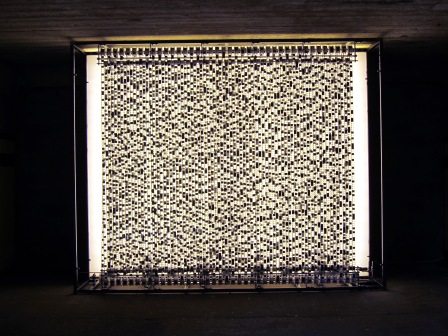 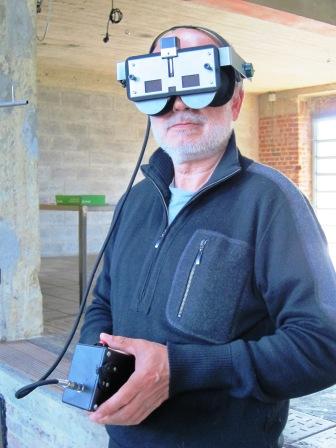 My husband willingly demonstrating Reversed Blinking by Ief Spincemaille
'Imagine that your head is captured inside a photo camera...' 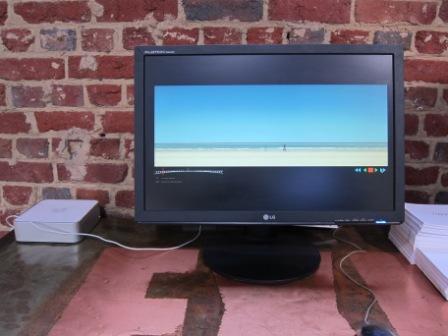 Ief Spincemaille - Behind The Horizon
"I am sitting on the beach and I keep a yardstick in front of me, parallel with the horizon. They say that the Earth is round and I want to verify if this is true. But my yardstick appears to be too short or the earth not round enough."
Starting from a childhood memory, Behind The Horizon wants to visualize the bending of the Earth. It is an attempt to look behind the horizon. Not with a yardstick, but with a huge tube with a length of 10.832 km. This tube was carried by 310 volunteers at the Belgian Coast on the 14th of May 2010. The middle of this tube is resting on the ground. Five km to the left and 5 km to the right of this center point, the tube is already 229 cm removed from the earth's surface. A straight tube hanging above a convex Earth. A clearly visible and comprehensible image of the bending of the Earth. 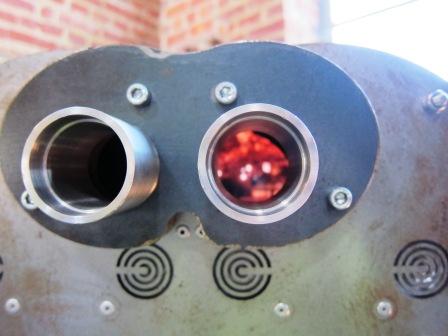 
more posts the next days