The first night in Paris walking back to our B&B, from a distance I noticed spilled paint on the sidewalk and thought someone had done a very messy job painting a wall.  But at a closer look I found a nice surprise. 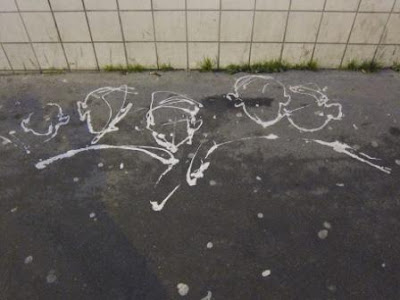 I was intrigued, this was subtle street art.  Not the kind that shouts out loud but a little treasure only visible to the one that has an eye for it. 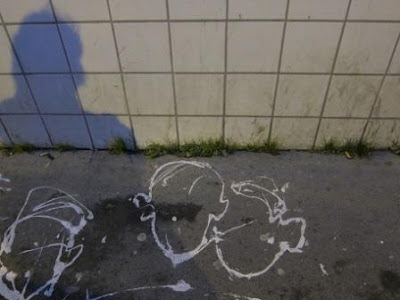 I wondered if there were more around and my eyes swept the Parisian streets the next days, hoping to find more... 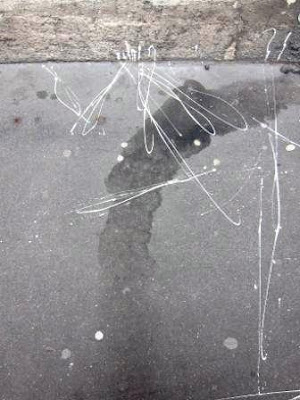 Was this done by the same artist or just someone using the same technique?
A few days later, miles away from the first discovery, near the Palais de Tokyo I spotted this. 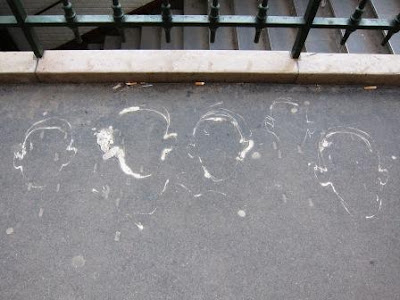 Someone was leaving almost invisible portraits on the sidewalks, I wondered who it was.  Trying to imagine how and when these traces were left for people to discover.
Only 10 days later in Brussels, by pure coincidence ... 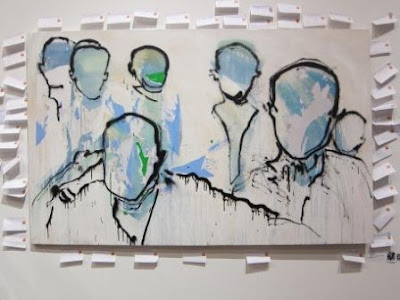 HLM bleu
... there was no doubt in my mind, this was done by the same artist.
The Truc Troc exchange fair in Brussels last weekend (more on that the next days) resolved the mystery.  I left a note.
Only the next day, when downloading the pictures I'd taken, I noticed the painting next to this one was from the same artist.  It got the best spot in the exhibition, impossible to miss as everybody came through this opening to enter one of the so many halls. 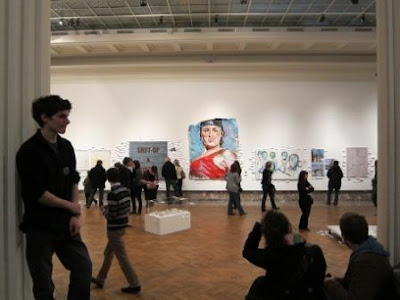 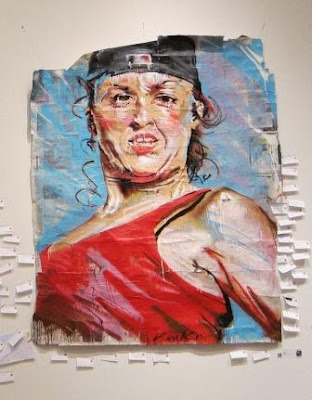 Gitane
Who is the mystery artist ?
It is Kouka from France.
Did I get a response to my offer?
I did!  Not that I got the painting, my proposition could not compete with the more generous ones, but I received a very kind note from Kouka.  This was quite sufficient, I knew who made the poetic portraits in the streets of Paris...
A book with pictures on his artwork is in the making and should be available by the end of June 2011 at éditions critères (collection opus délits).
www.kouka.me

"Art-Sherlock"
It works both ways, as well for the artist as for the detective.
It's to late to hit the sack again and to early to start the day,
I go for my senseoke now ... ;-)