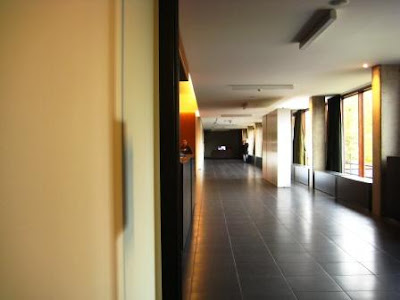 The art walk actually starts in one of the many buildings on the site of the Psychiatric Centre with endless stairways, corridors, a cafeteria, an assembly hall ... The first artist is at the end of this big space, the two videos take approx. an hour, unfortunately we don't have that much time as we want to see the whole tour.  There are more video artists than the ones I've taken pictures from, it is not obvious to take decent pictures of moving images... 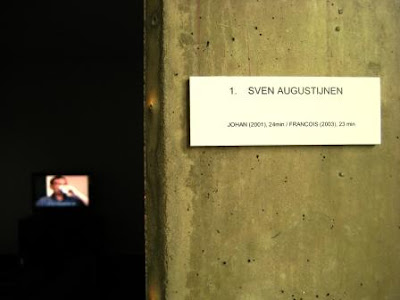 A large darkened and silent room with two large screens opposite each other.  In front of the screens a dark pool filled with ink mirrors the screen of a woman swimming under water. 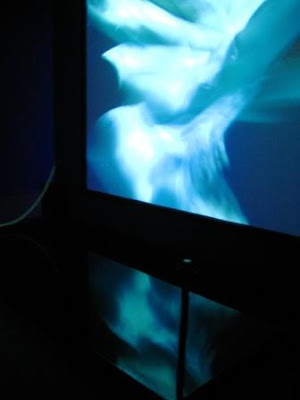 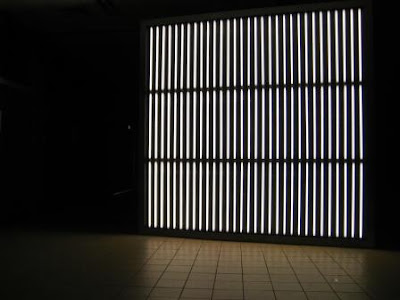 In the centre of a large space stands a monumental structure with a blinding light ... 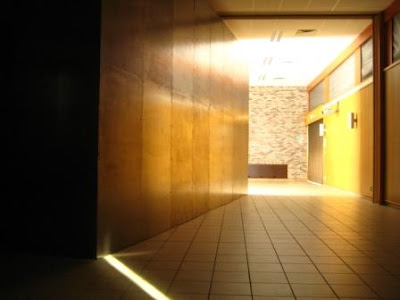 ... one enters at the other end.  But we'll have to wait until the light turns green to go in and see a silent movie that tells a real life story about a photographer and a controversial picture.  Worth while the waiting outside. 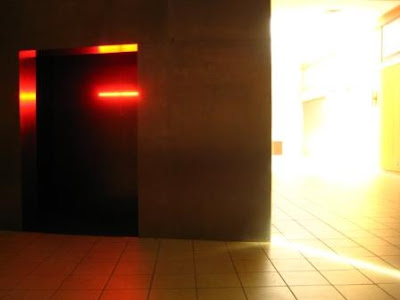 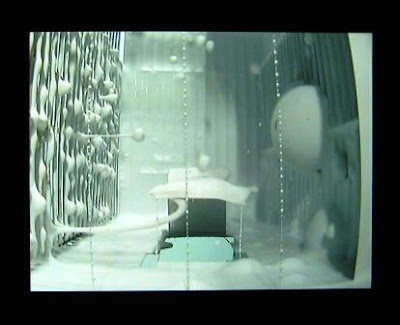 Saskia Olde Wolbers (Netherlands - UK) - Placebo
A captivating story inspired by a real life event, intriguing images (we looked at the loop twice) made without manipulations or tricks.  My favourite!
----------------------------
The exhibition Disturbed Silence, brought together a number of artists and artworks that dealt with issues relating to silence and perception. The works were chosen and or commissioned with specific reference to the ongoing work within the Psychiatric Centre in Duffel.

click on artists' names to view their site or other info

more in the previous and next posts
click 'disturbed SILENCE' label below to view all.