a moment of reflection - Roger Claessens 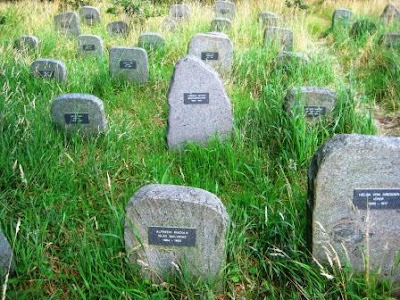 United Battlefield Cemetery - Victims of Fate
Roger Claessens
A work that impressed me. Even though I know that no-one is actually buried here, it is an emotional place to walk through. From a distance it looks like an old overgrown graveyard. Looking at the tombstones you realize that they mention victims from all over the globe, from all kinds of wars, uprises, ... from all eras. By the names on the stones you can tell friend from foe, but still ..., all of them are victims of fate.
Golan, Atlantic Ocean, Little Big Horn, Gettysburg, Gallipolli, Groeningekouter, Nadjaf, Sumatra, Sarajevo, Toledo, Bronkhorstspruit, Ieper, Jeruzalem, Austerlitz, Verdun, Vukovar, Isonzo, Dien Bien Phu, Stalingrad, the Alamo, Seoul, Bastille, Bruxelles, Cuzco, Passchendaele, Waterloo, Madrid, Normandie, Hue, Eritrea, Eben-Emael, ... and many more.
And I realize many more stones will be added in the future ... many more victims.

----------
I like to visit old cemeteries. I mean old, with graves so old that the people inside of them are remembered by no-one as all the ones that could remember them are gone too. In Australia (and I guess in many other places too), the peculiar thing about the ghost towns - from the gold- and silver rush era - is that the only thing still remaining is most likely the cemetery. Most of the tombs are anonymous, and in the homeland many relatives must have wondered what became of their son, brother, ... trying to build a better life. The battlefield cemeteries in Flanders are overpowering sad places, all these young and promising lives lost, be it the enemy or not. I still get tears in my eyes when I think of such terrible waste.
Walking around in these places I imagine I can feel some of the hope and despair. And I realize that no matter how different we all are, what our belief or conviction is, after the last breath everyone is equal again. 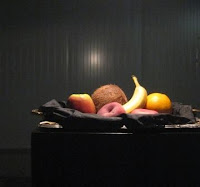 "HOPE AND DESPAIR".
I had the same feeling by the 58.000 names on "The Wall" in Washington DC.
Although it is not an installation of Art, it is a Place of healing.