Digging in my archives I discover many unpublished pictures because of lack of time.  But nothing is lost ... only delayed. 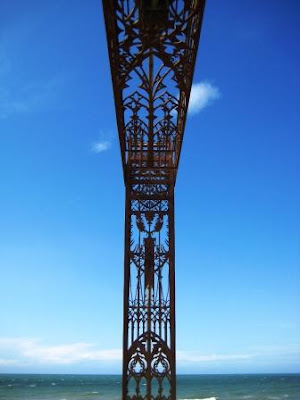 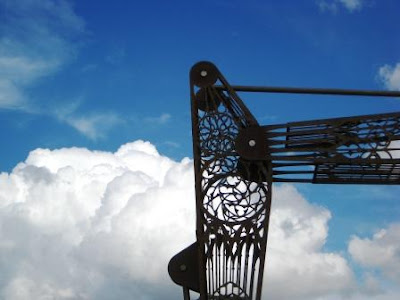 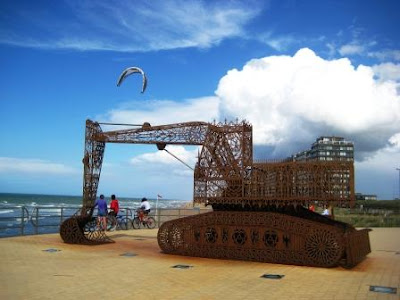 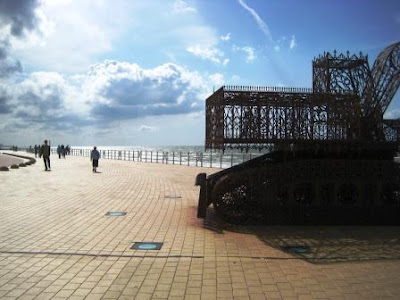 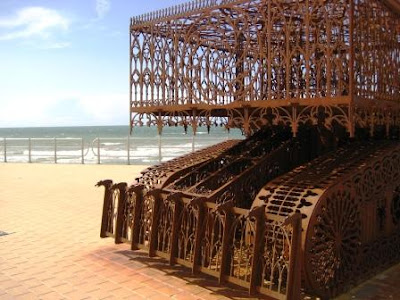 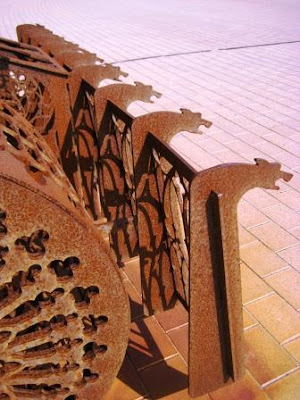 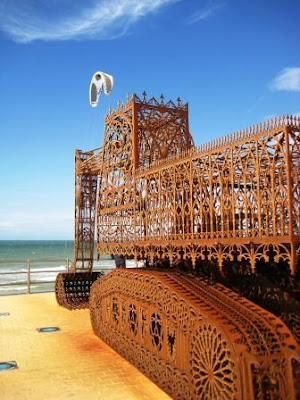 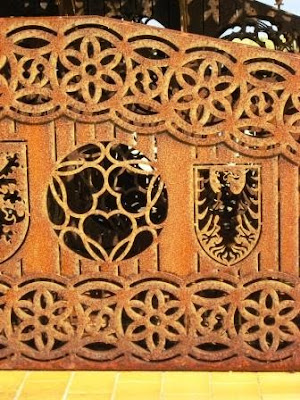 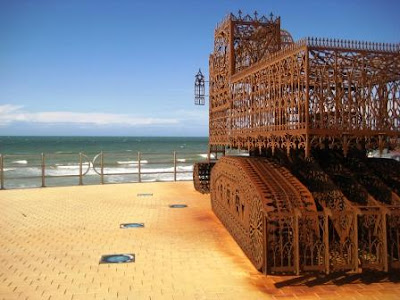 Caterpillar 5bis - Wim Delvoye - Beaufort01
Middelkerke-Westende-Belgium
The sculpture was part of Beaufort Triennial at the Belgian Coast.  Taking place every three years all along the Belgian Coast, some of the sculptures are purchased by the coastal towns and remain on the site, or - in some cases - moved elsewhere.  This sculpture is from the first edition in 2006, we discovered it only last year while visiting the third edition of the event Beaufort03.
All posts on last year's edition via this LINK.
I find another picture I took at the Art Brussels Fair the end of April 2010. 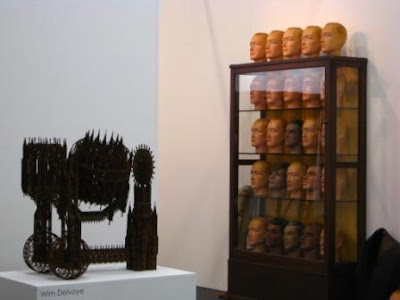 A scale model of a similar sculpture in the Gothic Works by Wim Delvoye on the left, taken at the boot of Gallery Guy Pieters.
www.wimdelvoye.be
More archive pictures the next days.