What a nice surprise ... one morning I discover someone has added a stoneman (the bottom one) to my collection.  I would love to know who did this, I've never seen anyone on the beach yet.  But I really like the idea of people responding to something they like in this way.  A few days later I see the opposite ... a young boy wants to destroy one of the stonemen by kicking it. 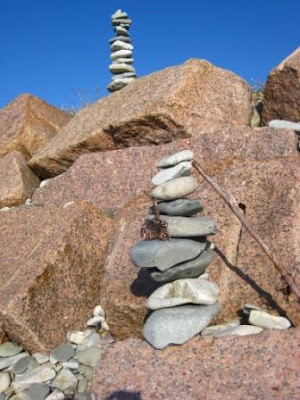 An elderly German woman asks me if she can watch me making them.  I show her a few basics and soon she makes pretty cairns of her own and enjoys it so much she will make more later.
A young French girl joins me too and has her own version of piling up the stones. 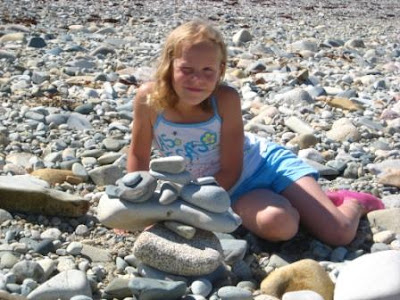 The next day another stoneman has risen further up the beach.  it seems that the middle-aged Frenchman who has been taking pictures of the stonemen the past few days has decided to have a go at it too. 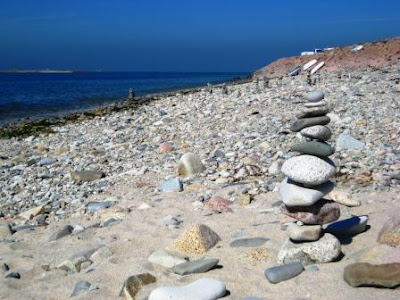 I love these reactions.  It is the first time we come here - in fact we're visiting my father who comes here every year - and these regulars tell me they finally see something interesting happening on the beach.
A few of the rocks inspire me to create a small family visiting the coast. 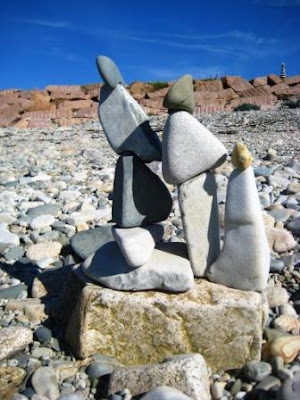 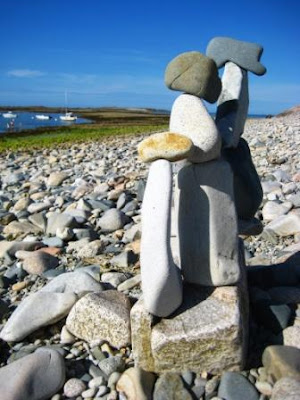 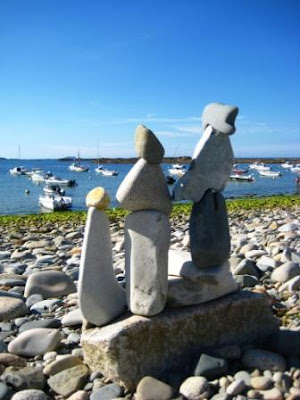