turning the negative into positive 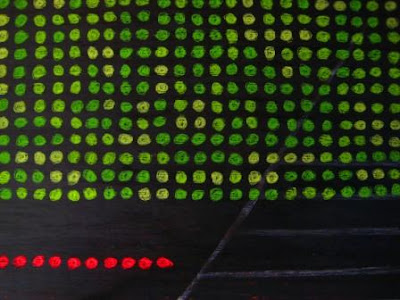 detail of 23 DAYS
Next month is the 4th edition of the artists' studio tour in Leuven-Belgium.
This is the third time I join in, I skipped last year to go and visit the studios myself. This years' edition has a surplus. All the participating artists were asked to make a work on the theme 'derailment', works that will be exhibited during a whole month in the many cafes and pubs of this student city.
I am not so good in having to make a work with a theme that is imposed without further explanation of how and why this subject is chosen, a subject that has a negative meaning. On top of that, when I was paying a visit to the pub I was assigned to - to get some inspiration - the owner/barkeeper did not have a clue what I was talking about and did not seem too enthusiastic about the idea. This was definitely a wrong start.
I waited weeks to get the negative feeling out of my head, but there was no escape.
The commission for this work came just after the Gaza war. Still in shock of the disconcerting figures of the casualties, I decided to make my work about this. 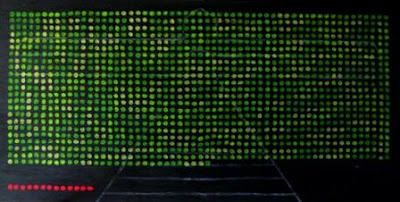 
---------------------------------------------------------
Many Israelis are against the oppressing politics of their country creating extremists on both sides. We personally know Palestinians and Europeans living in the occupied territories who really want to turn their despair and frustration of daily humiliation into positive actions. Trying to give children - we easily forget that this is the next generation in charge of our future society - a chance to a brighter future and positive self-esteem. With very humble means they run a Circus School for children. One of the results of this positive plan is that children no longer play war in the streets as they used to, but play circus and show their tricks to other children and thus spread a positive vibe.
The following pictures are taken during rehearsals of the show 'Circus Behind the Wall' that teachers of the Palestinian Circus School play while on tour. 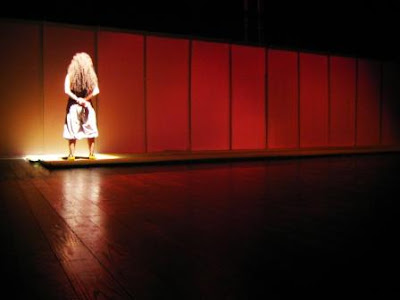 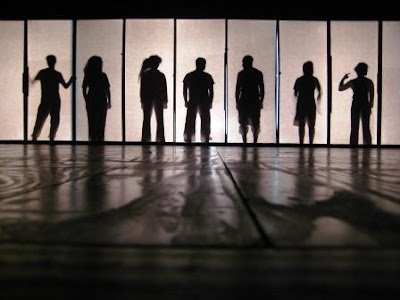 I like the panel of "burned" wood.
As if the palestinians have green blood, I know it's there national color.